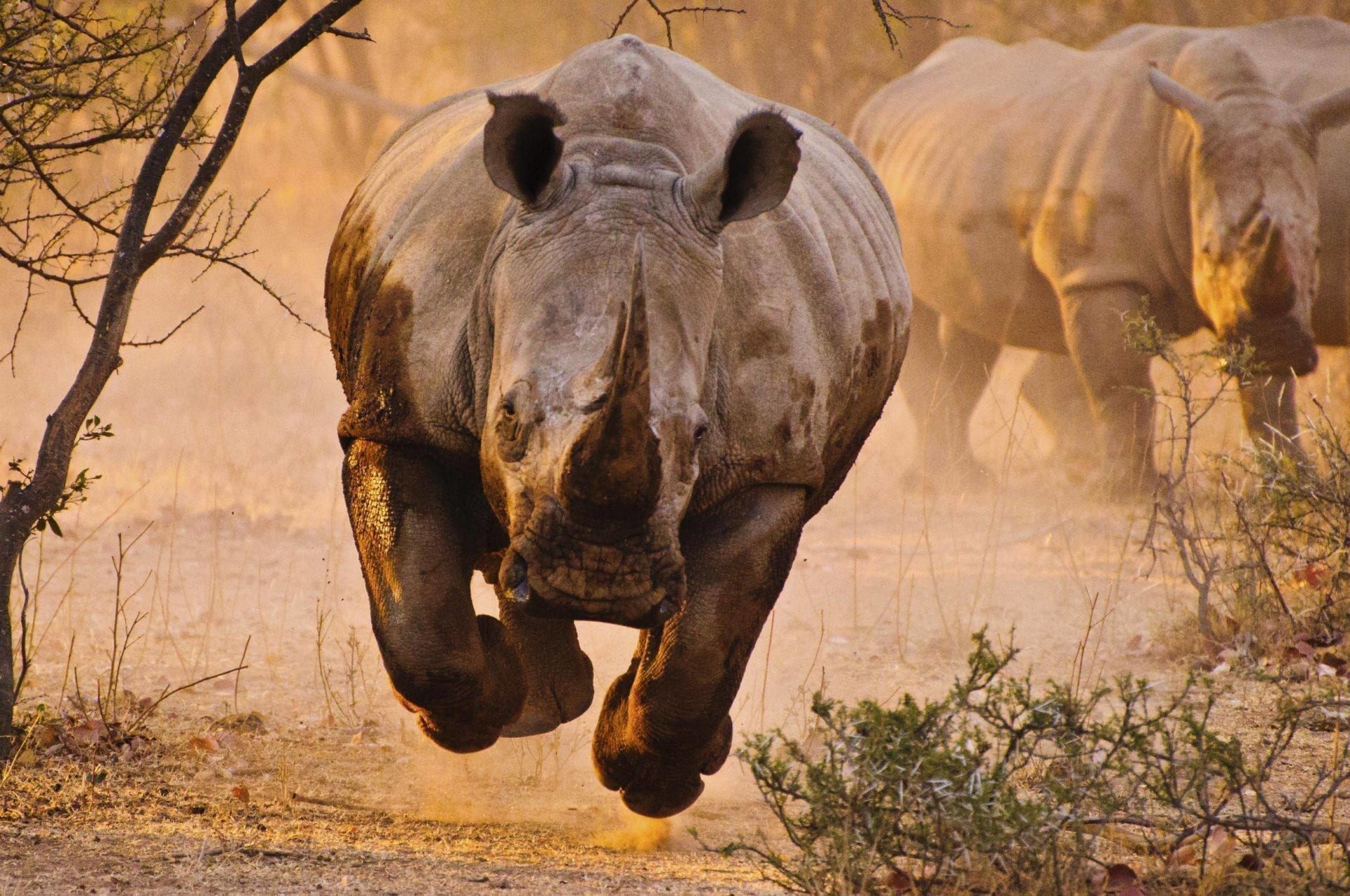 World Rhino day is celebrated on September 22 every year.There are five species of rhino,each one has different characteristics behavior and personalities.

Also known as hairy rhinoceros or Asian two horned rhinoceros .Sumatran Rhino has been on earth longer than any other living mammal.it weigh about 500-960kg.

Also known as the Sunda rhinoceros or lesser one horned rhinoceros.Possibly the rarest large mammal on earth. Weigh 900-2300kg.

Although the rhinoceros is referred to as black,it colour vary from brown to grey.Black rhino are the smaller of the two African species .weigh 900-1350kg.

Native to the Indian subcontinent.Also known as greater one horned rhino.They are semi-aquatic and often take up residence in swamps forest and riverside. Weigh 1800-2500kg.

Also known as the square -lipped rhino, largest species of rhinoceros.it has a wide mouth used for grazing and is the most social of all rhino species .

KIFARU is Swahili Word for rhino,Nairobi National park is where visitors can see black rhinoceros in its natural habitat

Unlike Elephant tusks , rhinos horns do grow back,these horns are made of keratin,the same substance that makes up fingernails and hair,cutting the horn off would preserve the animals life and allow the beast to grow a fresh horn,rhino also use their horns for protection.

Here is a video about rhinos,

WHAT CAN KILL A RHINO…

Adult rhino has no real predator in the jungle other than human,young rhinoceros can however be a victim of big cats,hyena crocodile etc

let us protect these species,avoid killing them for horns trafficking.