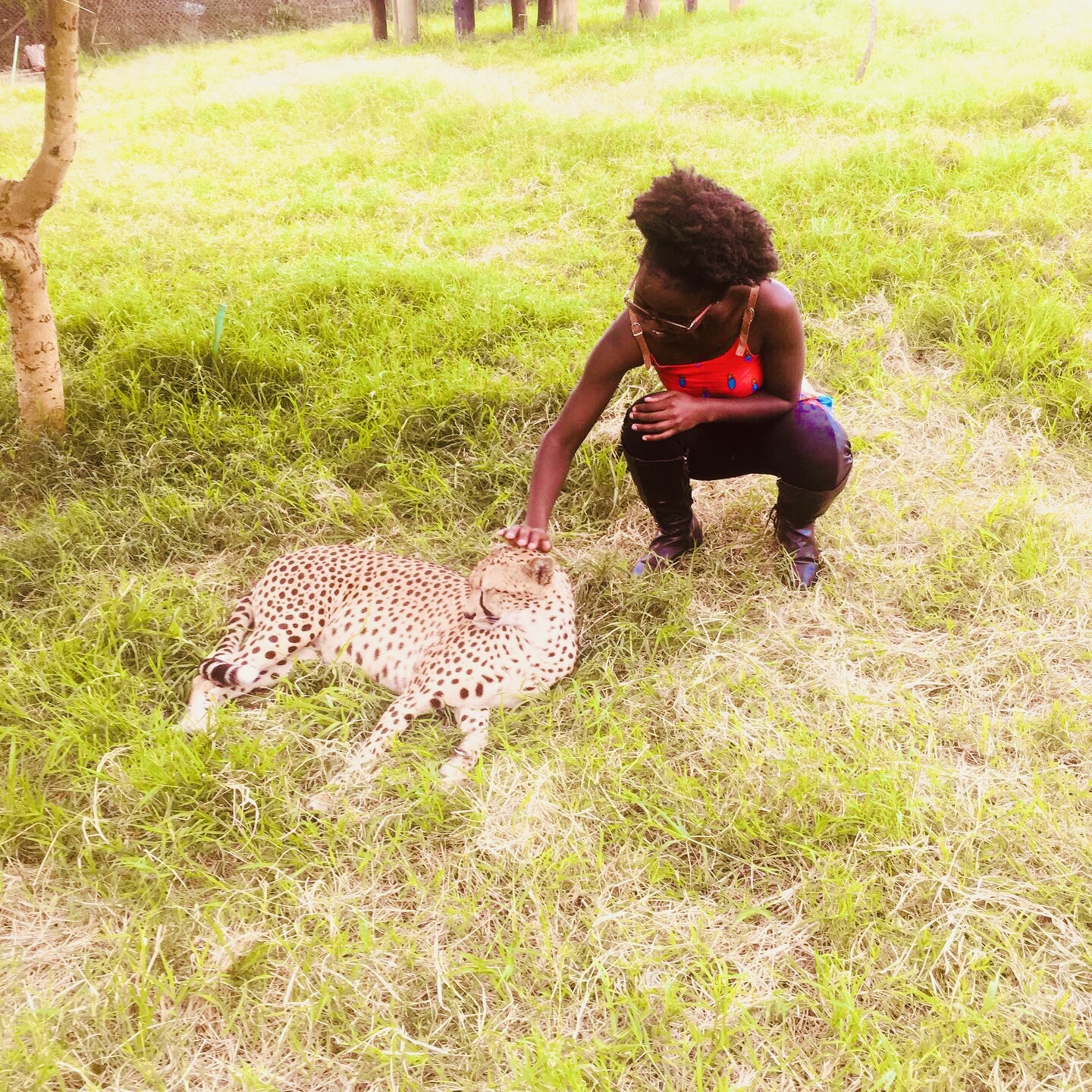 Celebrated on 4th December in remembrance of a cheetah club named khayam;laurie marker designated this day after raising the cheetah In wildlife safari Winston, Oregon.

Khayam served as part of an important experiment determining whether or not captive cheetah can be taught to hunt and live in the wild on their own again.After a trip to Namibia,the experiment was proven successful though she and khayam returned home after observing local hunters eliminating wild cheetah as a threat of their livelihood.

Namibia is home to the largest population of cheetah at about 2500 cats.Due to the continuous growth of farmland and expanding development 95% of the namibian cheetah live in cultivated farmland.

Learn about these amazing animals by watching a documentary or attending one of the functions held on international cheetah day at your local zoo.

Growing up I couldn’t differentiate between a cheetah and leopard but we are all grown now:the cheetah is a tall and elegant cat in appearance,large chest,narrow waist ,long thin legs and a slim well muscled build:this animal was definitely made for speed after describing it….. infact cheetahs are thé fastest animals in the world. They can run upto 93km while hunting and up to 120 km when running through the African bush.

This is how I differentiated between leopards and cheetahs; cheetahs have spots where leopards have rosettes. The spot of a cheetah is clear, single,black spots separated from other spots on the cat’s body. A leopard however has smaller irregular shaped spots that group together in circles to form rosettes.

The word cheetah is derived from the hindi word “Chita” meaning spotted one. Cheetahs have also been known to swim although they do not like to.

My mind was full of questions like what if cheetahs roar and then decides to do it as I was touching it; let’s not imagine the scenario

In the jungle the roaring cats are lions ,tiger,Jaguars and leopards…….cheetahs belong to the “purring cats” subfamily and as such do not roar.

The cheetah prefers to live in open grassland,savannas,dense vegetation and sometimes even mountainous terrain. This describes the Masai mara national reserve where we also finds cheetahs. I was once there and I managed to get a picture.

The picture is not clear because we were either dusturbing them from mating or urinating or maybe I’m just a poor photographer or maybe I was there on 2018 or maybe I should just stop all the excuses and continue about even mating since I mentioned. The open land of grassland and semi-desert both accomodates the cheetahs way of hunting which is running as opposed to the stak and pounce method.

Male cheetahs have been found to mature faster than females and are ready to mate at the age of one. Receptive female urinate on bushes,trees and rocks,a male then picks up on the scents calls out to the female with a series of yelps— the female responds with Yelps as the male approaches. Mating may occur immediately and copulation last less than a minute.
The gestation period for the cheetah is 18 months.Litters range in size from one or two to six cubs (the occasional litter of 8 Cubs has been recorded but it is rare)

cheetahs cub are completely helpless and blind at birth. However,they develop rapidly and within 10days their eyes have opened and they began to crawl around the nest area.

Unlike females,male are very happy to travel as far from home as possible and lay claim to a territory— females then raise the Cubs on their own>>>>>>> what a dead beat dad ..haha

Cheetahs hunt by sight. Once they spot prey,they will sneak up close as they can and then use their superior speed to catch the prey. Cheetahs will usually eat their meal as fast as possible before a lion or a pack of hyenas can take it away.

Cheetahs usually hunt alone.. However, male cheetah especially litter-mates will sometimes live together in coalition and maintain a territory. They hunt together and can bring down larger prey than they would if hunting for themselves; mostly hunts zebras,wildebeest,gazelles and hare.

At Nairobi National park , the cheetahs are caged so definitely food is provided because they is no way a cheetah will leave the zoo go to the forest hunt then come back in the evening to be caged.

On the other side, the cheetahs at the Nairobi safari walk are free but in a specific area because we have impalas there which the cheetahs can only take 1 week to finish then..

I tried zooming my camera to capture a lying one

check clearly then let me know if you can differentiate between the spot or rosette.

I’m also not sure if a captured a leopard or cheetah at the Nairobi safari walk so I need your help on the comment section.

WHAT EATS A CHEETAH.

The cheetah is top of the food chain but outranked by larger and more aggressive predators. These predators are the lions, leopard etc Hyena will definitely steal the cheetah’s kill.

Both male and female combined have an average age span of 10-12!years.

The average lifespan of an adult male in the wild lowers (8 years)!due in part to territorial conflicts with competing group of males.