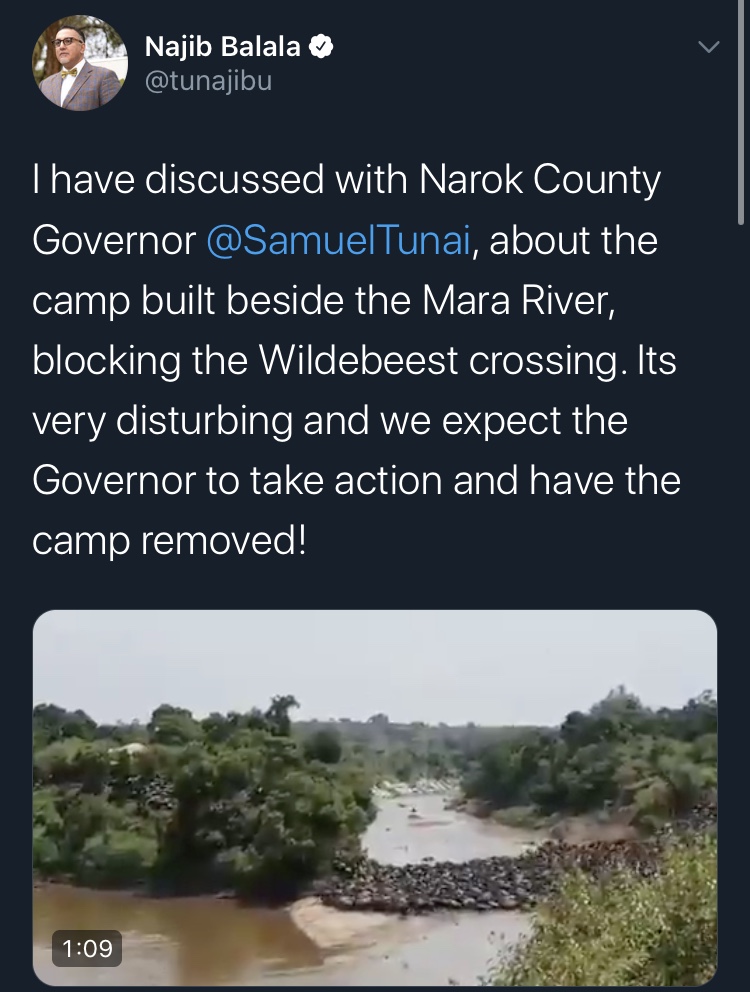 Things went so wrong at the mara,first 300 wildebeest drowned after picking the wrong point to cross.According to the above video that has gone viral on social media it’s clear that people believed to be employees of the camp can be seen forcing the herd of wildebeest to turn back and use an alternative route.My question is;

Tourism CS Najib Balala has demanded the removal of a tourist camp built beside the mara river that has been blocking the wildebeest.