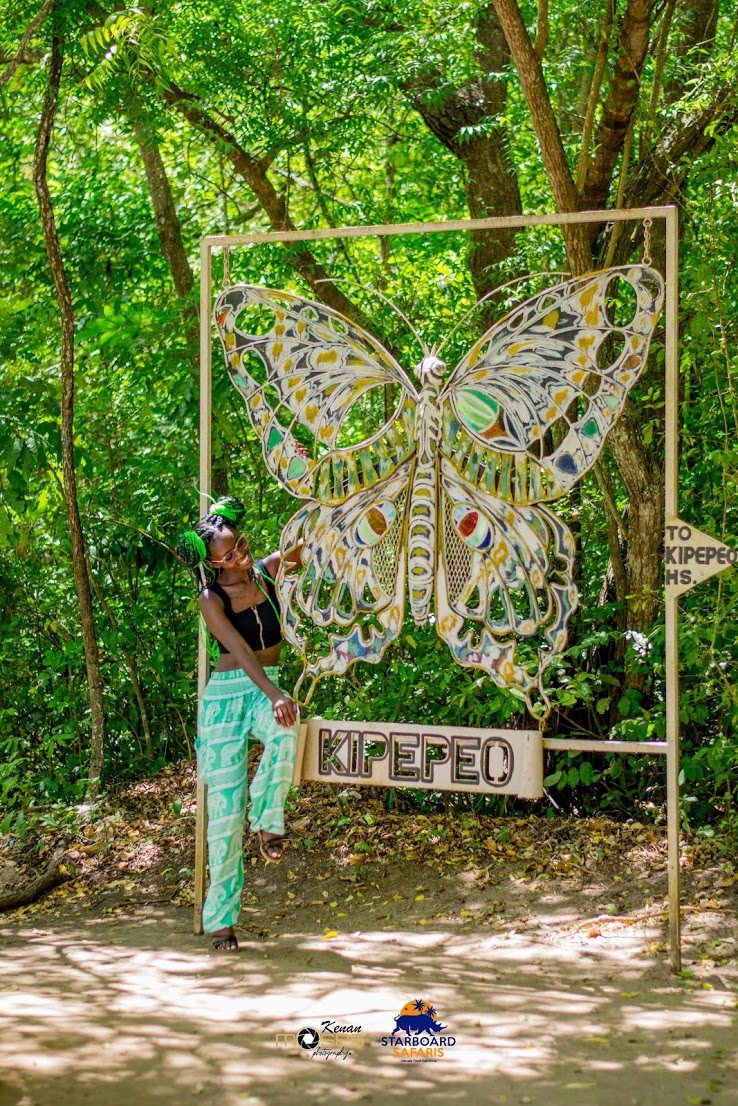 It is 10AM EAT at the historical coastal town of Gedi.The sun is shining bright and we are left with no other option but to dress light for the eventful site visit. We are all cheered up,ready to enjoy the archaeological scenery.

First forward, we are at the gate ,Sykes monkeys welcome us as they run from one tree to the next. The place is attractive,the Sykes monkeys are now jumping on our shoulders……….. some snacks to you mr monkey? Now I have to share my sweets and bananas to my new friends…….

it is now clear the monkeys want attention from me and to be sincere I’m also enjoying their company.

And our tourguide is already here ,so gentlemen shall we ?

The ruins of Gedi are a historical and archaeological site near the Indian Ocean coast of Eastern kenya.

Our tour guide gave us a brief about Gedi as he was touring us.

In 1888 Gedi was first recorded by a British called John Kirk.

The house was abandoned in the 17th century,tree grew and soil covered the monument.

In 1927,Gedi was gazetted as a national monument,from 1948-1958 excavations was done by John.In 1969 the town was officially opened for the public and was handed over to National museum of Kenya trustees and that when visitors started visiting.That why I’m here writing this.

It is now a national museum and the ruins are heavily overgrown with beautiful indigenous forest trees,baobabs and tamarind.

Gedi ruins was abandoned 600 years ago, remained undisturbed by humans but was overtaken by nature.

The local people had named it kilimani because kilimani is a swahili name meaning somewhere on a hill “hilly” it was however changed from kilimani to Gedi meaning plenty of water called precious.

The place had well which never dried.

The palace of Gede is so named of it size and complexity. There is no archaeological or historical evidence to show that Gede was under the rule of a king or queen. However the palace was probably the residence of the towns political or economic ruler-someone with great wealth and who commanded the respect of the large community.

His name was Sultan.He would stand in front of the palace while adressing people.

His soldier will sit on the side

The palace had a well and it water was used for domestic purposes which later ran dry after the city was abandoned.

The palace had many rooms that even the queen had an extra room for delivery.

It had 3 entrances, 2 used by men and 1 used by women( whoever did that was so sexist)

Women would sit at the back.

The mosque had 3 walls, it also had men court.

By the time,the Swahili people had already established trade contacts with countries in Middle East and indians, they had bank inside the palace.

Gedi is now a national museum

Inside the museum,they are artifacts that were found during excavations at the national monument of gede .

You are kindly advised not to lean,stand or sit or climb on prehistoric wall.

Writing on the wall of the monument or graffiti is not allowed.

Have you ever been to Gedi?

Kindly let me know and also your experience……..